One of the beauties of homeschooling is that it allows parents to respond quickly to their children’s academic needs. Rather than waiting for special testing or the end of the school term, parents can change their academic philosophy if they find it is not satisfactory to their child’s learning styles or the family’s goals for knowledge gaining. The following represents a thumbnail view of the methods used by most homeschoolers.

Method of homeschooling founded by Charlotte Mason, a teacher in Victorian England, who advocated educating children by offering them a gentle, full life with daily observation of nature, daily exposure to fine music and art – both observed and practiced; the use of living books, as opposed to textbooks, which do not allow the characters to come to life, and other high-quality activities that provide the child with an appreciation for the life that is all around him/her.

The philosophy that young children should not be pressured with instruction in the “academic subjects” (such as reading, writing, and math), but rather be allowed to mature into their skills at their own rate. This philosophy was brought to light by Dr. Raymond and Dorothy Moore, as a result of their pioneering work in studying childhood development. Their “formula” says that work and service, along with study from books, provides a balanced education. The Moore Formula also advocates not forcing academics until the child is mature and ready to receive them.

Method of homeschooling that uses materials from any and all sources, rather than following a pre-set program or curriculum. Electic homeschoolers typically use home-made materials as well as those from the library or used, old books, found at thrift stores or garage sales that are perfectly valuable and often more carefully written in more formal English than newer editions are. This method requires a certain amount of parental confidence in knowing what they want their children to learn and how to go about it.

Method of homeschooling based on Biblical principles, from a Christian worldview and developed by Rosalie J. Slater and Verna Hall, who identify seven principles as the center of their approach. The seven are: Christian character, self-government, conscience, individuality, political union and local self-government. In this way, the Principle Approach looks to the Founding Fathers of America and their core beliefs and practices as the path to homeschooling and raising one’s children. This approach uses the Bible as its textbook.

Method of study by which an entire program, with a unifying theme, is created to study diverse topics. For instance, “Life in America from 1680 to 1800” could serve as a unit theme. The student would study math, reading, spelling, grammar, history, geography, government, sociology . . . all centered around the development of European America. “Native Americans” could also serve as a theme. In these two examples, one can study math by learning the applied skills of hunting, cooking, planting, setting up camps, making clothing and shelters, land surveying – anything that requires math. The Unit Study approach can be a very rich one, because it captures and holds the child’s interest and offers real-life applications for academic skills. There are companies that offer Unit Study guides, suggesting to the parents what materials or books to obtain for each phase of study and the parents then create the curriculum from those suggestions.

Method of homeschooling in which learning is led by the child’s interests primarily, rather than by a predetermined curriculum or the parents’ desires. This philosophy was developed by the late John Holt, a school teacher in Boston, who felt that the confinement and rigidity of school was counter to the actual process of knowledge-development and learning. Therefore, “unschooling” means avoiding the negative things that school does and accentuating the positive things that promote learning and an increase in actual knowledge. It does not mean allowing one’s children to run wild and/or do nothing academic ever.

This method uses a boxed curriculum and follows a rigid timetable, just like school. This method satisfies the guilt or insecurity some parents feel, who are not certain of what their children actually need to learn and when. Even though academically, this method is rigid and misses the flexibility of other methods, it is still better for the child to be taught at home by his/her parents in a home-centered lifestyle using this method.

This method is less an actual practical method of teaching and more of a mindset. Mary and Michael Leppert believe that each family is like a mini sovereign state and the parents should imbue their household with their combined cultures and allow their children to identify with this combined family culture. If mom is Irish and dad is Italian, their family culture will differ from a household where mom is Polish and dad is from British ancestors. An effective, interesting way to study history is to use the family tree and trace the movements and lives of the family ancestors along with corresponding world events. Every culture and background has interesting and noteworthy values and the children will benefit from living in this atmosphere.

Copyright 2017 by All Time Media, Inc. All rights reserved. 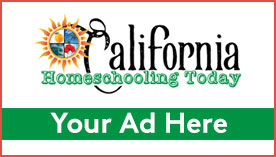